Singapore's 77,000 millionaires made it one of the top 10 fastest growing millionaire clubs in the world after India, China, Brazil, South Korea, Indonesia and Slovakia. The average wealth of a Singapore high net worth individual was US$4.9 million compared to the global average of US$4.04 million. Assets counted exclude person's main residence.

The World Wealth Report was compiled by Merrill Lynch and the research firm, Capgemini. 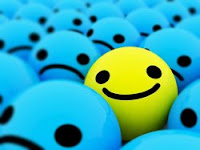 And now for the really serious stuff.....
We tried to contact these new fat cats (towkays) but they refused to speak to us. So we cannot tell you exactly how they got so rich, so fat, so fast. Anyhow, we have spoken to our Wealth Creation Advisers and they said that these very big fat cats probably got a very good big lobang (an incredibly sexy time opportunity).

For those of you who want to get a very good big fat lobang, like these stuck up towkays, here are the Top 11 Ways you can definitely maybe get  Really Rich, Really Fast (remember we said "maybe").

Top 11 Incredible Ways You Can Be A Millionaire (and maybe even a Zillionaire) in Singapore:

This song is dedicated to the super-rich who have become obscenely-rich:

JIBABAN 一百萬 ( If I Had) One Million Dollars 1 Million Dollars JI PA BAN Hokkien Song Parody about everyman's dream to be rich and ultimately to be rewarded with a empty existence if the person is superficial.


Singapore is uniquely the land where there is equal opportunities for everybody - especially foreigners. You can be a disgustingly rich fat cat towkay (millionaire) if you hire cheap foreign talent and fire the rest. - Kok