UAG | Wine Investment
Straits Times, 7 July 2009 (page B4) reports another sad story of investments that should never have been. This time is about a wine "buy back" investment firm Universal Assets Group (UAG) which had its office at BTH Building in Defu Lane 10 sealed by the landlord after it had defaulted on its office rent by one and a half months. Their office used to be at Suntec City. 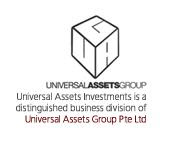 UAG (established in 2005) offered wine trading and brokerage services, as well as a scheme whereby customers could buy fine wine (read: expensive wines, not the stuff we usually drink) and sell it back to the company a year later for a profit (said to be about 10-12% to be paid out in February or March this year). Some 1000 customers individually invested about $6,000 to $91,000 in UAG's new age Australian / French wine buy back scheme. One case of wine usually costs about $10,000 - unless business is really bad.

UAG was established in 2005 and used to have offices in Singapore, Hong Kong, Shanghai and Australia. We understand that UAG gets wine brokers to do cold / hard selling and charges a 12% sales commission according to some sources.

At the UAG YouTube posting, their video was promising a 30% return on investment. At other ads like in the MRT trains, they were promising as much as 40% returns. Watch the UAG youtube video here. So much for a "peace of mind" investment.

As my rich old uncle always tells me: "If anything can go wrong with an investment, it will. So go through all the fine details over and over again. Don't take anyone's word or promises at face value. If they promise you high returns, be extra careful. There is no such thing as guaranteed returns or high returns without high risks. So do your homework and don't come asking me for money if your investments go bust".

It would seem that UAG over estimated the wine market potential which took a big hit due to the Credit Crisis late 2008. However, some buyers claim that they could not sell their wines at an auction market via their designated wine brokers even after one year. If there are no buyers in the open market, how can you make a profit?

In May, a group of investors filed a police report regarding overdue payments that were promised to them in writing. So far, they were paid a fraction of the amount due or none at all. 17 disgruntle customers also filed a complaint with CASE. Consumer Association of Singapore is trying to track down the directors of UAG to serve them a voluntary compliance agreement. The unhappy UAG clients intend to take a class action legal suit against UAG to recover their money. The Small Claims Tribunal will not take the case as it involves an investment product.

Our research shows that there are at least 5 other wine investment companies. Hopefully their wine does not go sour on them too. Irene Ang, local business woman and celebrity is said to be an early investor of wines here. In my mind, if you don't have a wine shop or drink wine by the barrels and have a huge wine cellar in your basement, you have no business investing in wine. If you don't have place to store your wines, UAG will charge you storage and insurance at $2.50 per bottle per year.

What is going on in Singapore? Are there insufficient legitimate investment vehicles for them to invest in? Investing in bottled wine? What next, bottled water which will make you fabulously rich when Singapore's water agreement with Malaysia expires in 2061? Hopefully these guys would get paid in wine. Drink up guys! That was your Plan B, isn't it?

Wine investing is an unregulated investment, so if there is a problem, you'll have to get a lawyer to sort out the problem. Don't expect CASE to bail you out. If the company goes bust, there's not much you can do. Even if they have assets after closing shop, it would only be enough to pay up a fraction of their financial commitments.

For those who think wine investment is still a good investment, consider this:
Risks of Wine Investment:

Like landbanking, there is no such thing as a sure thing. Just talk to those people who bought Layman Brothers minibombs. The chances of these people getting 50% of their money back (not counting the deduction of legal and other costs) are pretty slim.


I have an ostrich farm in Australia. Wanna buy?
Posted by comSG at 7:11 AM